As lockdowns lifted, travel restrictions eased and the economy strengthened, hoteliers capitalized on the new travel demand, but have largely struggled to bring staffing levels back to what they were before the layoffs and furloughs at the start of the pandemic.

Heading into 2022, the industry continues to face calls for higher wages, better benefits and more career opportunities amid a nationwide labor shortage in which every other employer is a competitor.

The leisure and hospitality sectors of the economy have been hit hardest by the labor crisis, according to Aran Ryan, director of lodging analytics at Tourism Economics. Employers in the industry laid off nearly 50% of the workforce and continue to face challenges despite some progress in recent hiring efforts, he said.

Many employees who left the industry after being laid off or furloughed were not waiting for their old hotel jobs to open back up, and some hotel employees who held on to their jobs through the pandemic now want to make a change, he said.

At the same time, employers in the hotel industry aren’t entirely certain of how to staff their properties as demand varies by market and booking windows for guests remain short.

Service levels will likely be adjusted as hotel managers seek to make more productive use of the workforce available, which will include more investment in technology and training, as well as reexamining processes, Ryan said.

“If we get through the year, we’re going to come out of this with that productive, more-valued workforce,” he said. 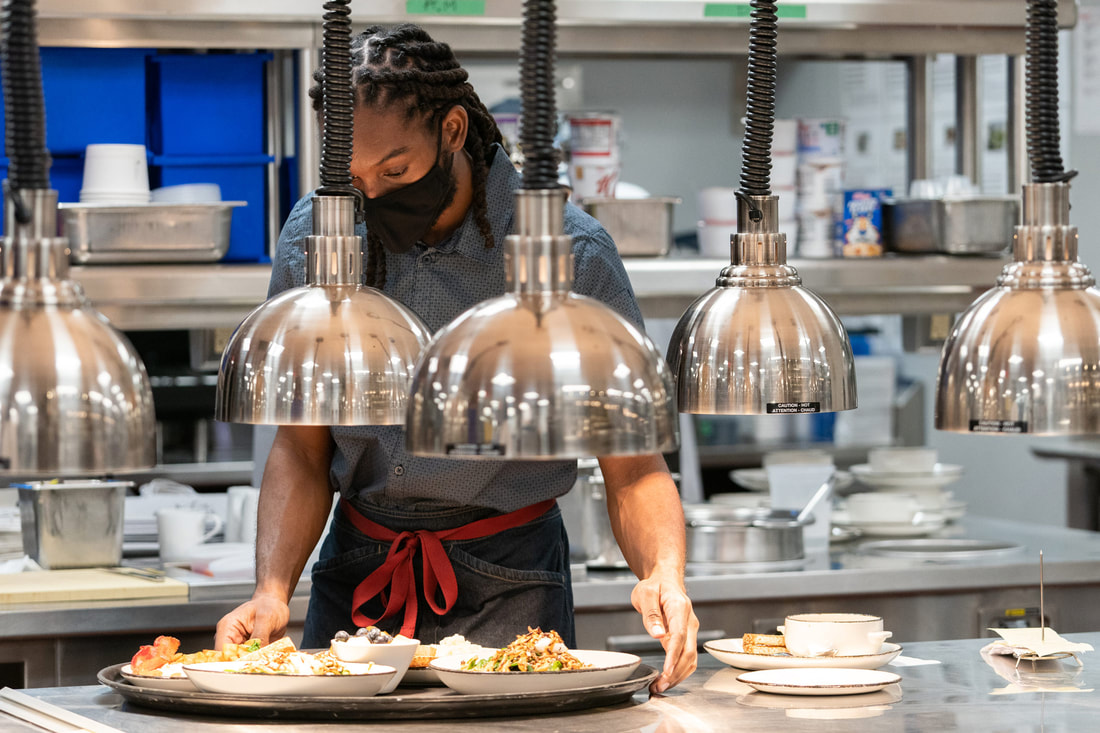 The Labor Environment
Potential employees are seeking flexibility, which can mean part-time hours, splitting a job with someone else or working remotely, said Ann Christenson, executive vice president and chief human resources officer at Aimbridge Hospitality.

“Companies that are flexible in how they define it, how they meet that need of flexibility, certainly will find they all have the upper hand when it comes to the war for talent,” she said.

While many companies reported high employee turnover in 2021, Christenson said turnover at Aimbridge was 10% lower than it was in 2019. The company still has a significant number of job openings but has focused more on retention efforts.

The challenge of 2022 is people are looking for something different than before — more than a job, prospective employees want a sense of purpose and belonging, she said. Knowing that helps Aimbridge tailor its employee value proposition and commitment to associates, she said.

Sue Sanders, executive vice president and chief human resources officer at Hospitality Ventures Management Group, said retaining employees has been especially challenging for the company as it grows its portfolio of hotels.

At a new hotel the company assumed management of recently, the outgoing operator wasn’t upfront about plans for the staff, she said.

“We interviewed everyone, and we even offered them retention bonuses,” she said. “We couldn’t figure out why people weren’t signing their offers and committing. Then lo and behold, a couple days before the actual transition, we found out that was because the outgoing manager has another property in the area and was taking all of the people over there.”

Some hotel employees are leaving hotels and the service industry all together, Sanders said.

“The surprising thing to me has been ... even at a very senior level, you’ll have someone resign with no notice or very short notice,” she said. “I’ve never seen that before in my career.”
Hiring, Retention Efforts
HVMG mostly stabilized its staffing by August, having enough associates to match its business levels, Sanders said. The company has added 14 hotels since July, retaining some of the staff at those properties and hiring to replace those who left during the transition.

The company has increased wages to match local market levels, she said. It’s also been paying bonuses, giving raises and increasing benefits. Payroll has gone up, but that’s because revenue has as well, she said.

“It will continue to cost us more, but we can’t operate hotels without people,” she said.

“I think that’s a differentiator, and that’s enabled us to stabilize and maintain that stability,” she said.

“We definitely are going to continue all the things we’ve done around recruiting and retention, but then we are doubling down on bench strength,” she added. “Growing our own leadership in managers has always been a priority, but this is the year that we have more resources dedicated to it already in budgets, already in a plan to implement here in early ’22.”

Aimbridge has had an increase in applicants over the past quarter as more people return to the workforce, including some who left the industry, Christenson said.

These “boomerang” employees have a passion for hospitality, and Aimbridge gives them a sense of belonging while investing in their career advancement, she said.

The daily pay, or gig pay, that Aimbridge implemented in 2021 has resulted in employees accessing more than $2 million in wages in advance of regular pay periods, Christenson said, adding that has helped reduce turnover.

Aimbridge also has deployed recruiters in several key markets that have a higher number of openings, which has reduced the time to fill empty positions by more than 60%, she said. Quick response to applications has been critical amid heavy competition for new hires, she added.

“Having those market recruiters dedicated to that has truly been one of the best investments that we've made in our strategy relative to recruiting,” she said.
Looking Outside the Industry
Sanders said working with high schools and universities will create opportunities to show the benefits of a career in the hospitality industry. With that in mind, HVMG has created a strategic partnership with Kennesaw State University.

There are also opportunities to draw employees from other sectors.

Retail and restaurants are two of the sectors most similar to hotels, and even with minimal customer-facing experience, those employees could be trained to work the front desk, Sanders said.

When recruiting in a market, Aimbridge considers all types of industries and organizations for new hires, Christenson said. That said, it does focus on sectors where employees have experience with some form of service, such as health care, restaurants and retail.