Travelers Plan Activities Farther Ahead, Extend Booking Window
​For the European hotel industry to fully emerge from the COVID-19 era of lockdowns and waffling demand, travel to and from international markets must resume unhindered.

With variants causing COVID cases rise again, that scenario is unlikely anytime soon, but a better bet for hoteliers eager for guests is the demand from cross-border travelers, who are equally eager to hit the roads.

Eduardo Santander, executive director at the Brussels-based European Travel Commission, said surveys conducted by his organization show that one in two European travelers are planning trips to other European countries, a 41% increase since September 2020. The latest survey was conducted in the third quarter of 2021.

These trips are shorter in length, but average daily spending on travel is up, he said. Staycations also have decreased in number by 18% over the past 12 months as travelers look farther afield.

“Intra-regional travel in Europe has experienced a significant uplift this year. It is set to account for 85% of European international arrivals in 2021, up from 77% in 2019,” he said.

Standardized requirements for proof of vaccination around the continent could help to make travel between the 44 countries in Europe, 27 of which are in the European Union and the closely associated European Economic Area, more seamless.

The EU’s COVID-19 passport and the United Kingdom’s National Health Service passports are being accepted as proof of vaccination, but industry experts said for many, travel has the stigma of being overly complicated and unsafe.

Dimitrios Buhalis, visiting professor with the School of Hospitality & Tourism Management at The Hong Kong Polytechnic University, said vaccinations have given travelers optimism, although it remains to be seen how the new variant might damper that sentiment over the winter holiday.

“What you saw over the summer is infections going down, along with the optimism that vaccinations gave us, and we saw most countries have more or less opened their borders," he said.

He said he has noticed more appetite for short-haul and domestic travel in Europe.

“Greece did well, where the risk was fairly well managed, and most of Greece is outdoors,” he said of his native country. “But there is no appetite to be on a plane for five hours or so to travel to places where you cannot trust the health systems can sustain any pressure.”

He added Greece on Nov. 30 imposed a fine of €100 ($113) a month for those age 60 and above who refuse to be vaccinated, the justification being to relieve pressure on national health services.

Buhalis added that on the plus side for developing countries there is more space and less crowding. 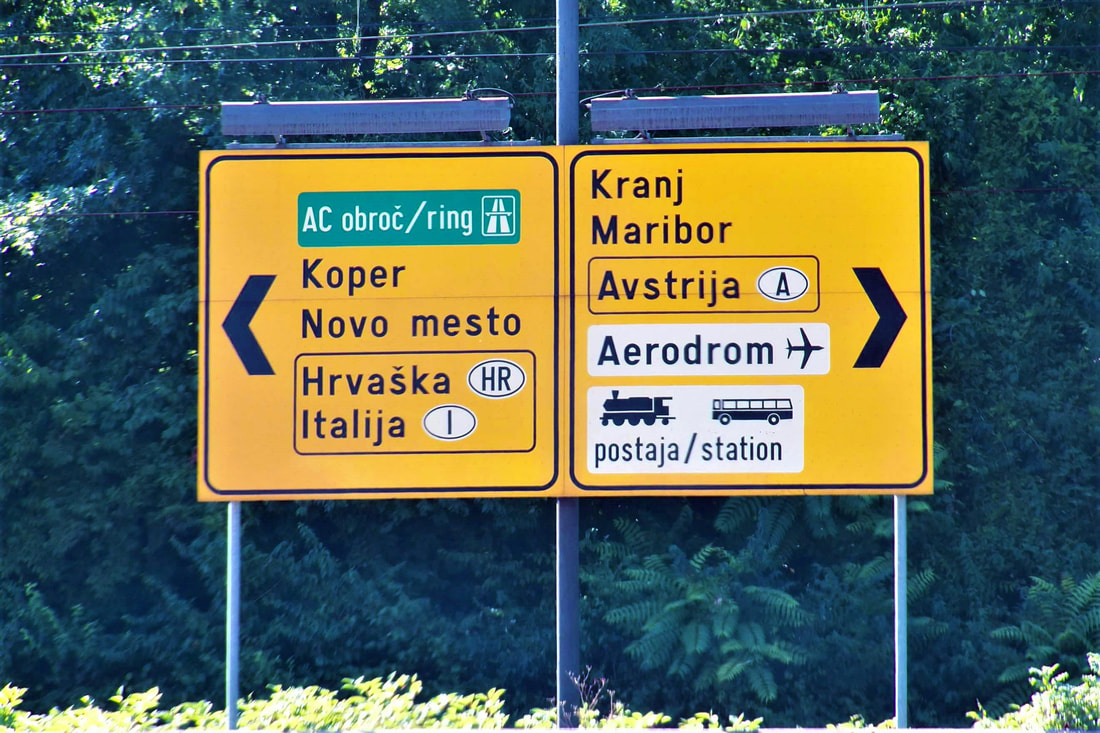 “We are looking at two big variables, how the top-line performs and the labor environment recovers … and how quickly will international markets return. Domestic continues to be strong, higher than 2019 levels, and we are seeing pent-up desire to come back to the U.K., which demand for is in rude health,” he said.

Such demand has led to increased hotel supply, though some of that new construction was signed and financed before the start of the pandemic.

Tom Emanuel, director at STR, CoStar’s hospitality analytics firm, said the U.K. is the largest beneficiary of increased supply, even if demand is heavily skewed to domestic travelers in the short term.

“The pipeline in the U.K. is significantly more than in any other European country, and by quite a high margin — approximately 140,000 keys, compared with approximately 100,000 in Germany,” he said.

He added if every hotel in the pipeline opens, supply in London will increase by 25% and in Liverpool by 54%.

Added to this, Emanuel said travelers are slightly less worried about the likelihood and potential hassle and cost of quarantine.

Santander and Buhalis said digitization is playing a major role in this new era of travel.

“Digitalization has moved 10 years ahead … in location matching,” Buhalis said.

“There are applications for tourism flow, perhaps to show people what part of the beach is, what the weather might be so you can decide if not to go because you might be forced indoors,” he added.

Santander said technology has been instrumental in changing the nature of travel. 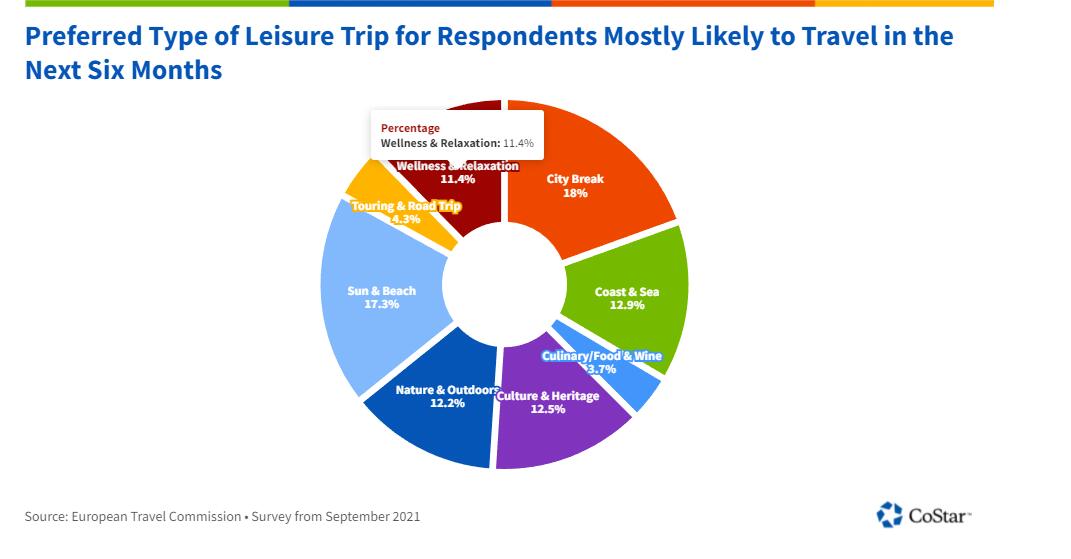 ​“We have seen a lot of last-minute travel, with 29% of those who had travel plans in October and November booking those trips in September," he said.

He added this dropped further, to 15%, among those traveling later in 2021.

“Formerly to get the best deal they booked far earlier ... but the [average] cost of a city break of three nights is getting lower,” he added.

He said the shortening of trips has affected budgets, with the percentage of travelers intending to spend up to €500 ($566) on their trips growing by 20% compared to the ETC’s previous survey as higher expenditure levels of €1,000 or more decrease.

Santander added that the preference for booking a branded hotel now is at its highest level since September 2020, likely due to flexible cancellation policies and the brand companies' work around health and hygiene.

He said in the coming months travelers are most confident about travel to Poland, Spain, Italy, the Netherlands and Germany.

"Looking at the destinations, Mediterranean countries rank highest on travelers’ destination wish lists, with Spain and Italy, France and Greece as the top preferences," he said.
Greece Gains
The ETC's Santander agreed with Buhalis aboute the rebound of Greece's tourism industry.

“As the first nation to reopen its borders to COVID-free tourists, Greece delivered the strongest rebound in overnight terms,” and lags 2019 numbers only by 19%, Santander said.

Still, Buhalis said he has no doubt this winter will be tough.

“A lot of people will die over Christmas, and there are still a lot of people who refuse to understand the seriousness of the situation. Gradually, little by little, vaccinations, deaths and infections will get us to a certain degree of herd immunity,” he said.

Santander said in Europe he was optimistic for Christmas and New Year’s.

“It will not be like it was. Nothing will look the same ever again, but we see guests very much looking for safe [hotel] bookings. Loyal customers are reviewing the quality of service, and rates are charging up. It is hard to find a room for a decent price,” he said.

Santander’s plea is for governments in Europe and elsewhere to continue to find common solutions, a degree of harmonization and an agreement to accept all vaccinations approved by the World Health Organization.

“Our research forecasts European international tourist arrivals to be 60% below 2019 levels by the end of 2021. However, successful vaccine programs should permit further easing and facilitate travel in 2022, supporting a return to pre-crisis levels by 2024,” Santander said.

“Omicron is not the last variant. What we want to avoid is a blanket travel ban. Europe does have the ability to limit outbreaks, and more booster vaccinations will help,” he said.

“We also had seen a rise in business travel, but that was before omicron. It will not disappear, and group travel will come back, but it will be different. We live in an age of change in risk management, climate change and digitalization,” he added.